On the Importance of Phenomenology 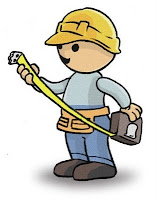 If you know one thing about theoretical physics, it's Albert Einstein's name. While Einstein was inspired and guided by his contemporaries, both in theory as well as in experiment, his achievements are remarkable examples for the power of pure thought combined with mathematics. Einstein is not the only example; Dirac's equation that describes relativistic particles with spin 1/2 is another case where an axiomatic approach lead to predictions that were later confirmed by experiment, leaving us in awe of genius and the beauty of equations.

In the history of science these examples are however rare, and it is exactly because of their rarity that they impress us. An axiomatic approach towards the reconciliation of general relativity and quantum mechanics will, I am sure, if pursued vigorously, eventually lead to success. But the question remains if pure thought is sufficient to find the right starting point, for there might be more than one, some of which leading to theories incompatible with observations. And an axiomatic top-down approach brings with it a heavy load of developing mathematical tools along the way, detours to insight that can take a long time. In the history of science, physicists have often taken the freedom to go ahead and write down phenomenological models that were indeed not justified by any solid basis. And while rightfully met with skepticism, again and again they have been successful with it, thereby helping along the development of more and more fundamental theories.

The above mentioned example of Dirac's equation an instructive one. In the non-relativistic limit, Dirac's equation in the presence of an electromagnetic field reduces to the Pauli-equation which describes the coupling of electrons to electromagnetic fields with a gyromagnetic ratio of 2. It was derived by Dirac from his equation in 1928, but already in 1925 two Dutch graduate students, Samuel Goudsmit and Georg Uhlenbeg, had used a phenomenological model to describe the structure of atoms and the response of ions to magnetic fields. Their model did not make much sense since, classically, the gyromagnetic ratio should be one. Naturally, many physicists were not convinced by the model and Pauli even advised the students not to publish it. Yet, it described experiments well and Dirac's later derivation of their model from his equation served to document the validity of Dirac's theory.

Another example is Pauli's exclusion principle, according to which no two fermions can occupy the same state. It was postulated and used since 1925, among other things to explain the Zeeman effect. Yet it was not until the development of quantum field theory and an understanding of the properties of multi-particle states in 1940 that a derivation was achieved.

Coulomb's law, Ampere's law and Biot-Savart's law can be derived from Maxwell's equations, but they were known and in use long before that, significantly contributing to the development of the full theory of electrodynamics. Fermi's theory we know today is an approximation of the electroweak gauge theory, but was in use long before that, teaching us lessons in renormalizability. The Rahleigh-Jeans law and Wien's law for the spectrum of thermal radiation were combined in Planck's law. In 1900, Planck constructed a derivation for this radiation spectrum based on the, back then unfounded, assumption that the energy of photons is quantized and proportional to the frequency. It predated Einstein's explanation for the photoelectric effect by 5 years. The constant of proportionality that Planck introduced is now called Planck's constant and it was the starting shot for quantum mechanics.
Due to the difficulty to analytically describe the formation of bound states in Quantum Chromodynamics (QCD is asymptotically free, ie it's easier to deal with it the higher the energy) still today most of the models used are phenomenological and many predate the development of QCD. There is for example the the Nambu-Jona-Lasinio model, the Gell-Mann-Levy model or the String-Lund model, all of which have significantly contributed to our understanding of the structure of elementary matter.

One could at this point speculate which present day phenomenological models will turn out to have lead the way towards the now searched-for theory describing the fundamentals of space and time. It springs to mind String cosmology and Loop Quantum Cosmology, searches for deviations from Lorentz-invariance, extra dimensions, or signatures of space-time discreteness. The models currently in use are not derived from a fundamental theory. Instead, they aim to incorporate and allow tests for specific features the fundamental theory might have, like additional dimensions or modified Lorentz-invariance. But these models, even if they turn out to be incompatible with experiment, are guides on our search for the correct theory. Guides that, after 75 years, we have good use for.
Sabine Hossenfelder at 5:06 AM
Share