The path we didn’t take 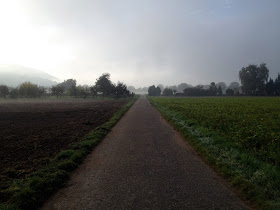 “There are only three people in the world who understand Superdeterminism,” I used to joke, “Me, Gerard ‘t Hooft, and a guy whose name I can’t remember.” In all honesty, I added the third person just in case someone would be offended I hadn’t heard of them.

What the heck is Superdeterminism?, you ask. Superdeterminism is what it takes to solve the measurement problem of quantum mechanics. And not only this. I have become increasingly convinced that our failure to solve the measurement problem is what prevents us from making progress in the foundations of physics overall. Without understanding quantum mechanics, we will not understand quantum field theory, and we will not manage to quantize gravity. And without progress in the foundations of physics, we are left to squeeze incrementally better applications out of the already known theories.

The more I’ve been thinking about this, the more it seems to me that quantum measurement is the mother of all problems. And the more I am talking about what I have been thinking about, the crazier I sound. I’m not even surprised no one wants to hear what I think is the obvious solution: Superdeterminism! No one besides ‘t Hooft, that is. And that no one listens to ‘t Hooft, despite him being a Nobel laureate, doesn’t exactly make me feel optimistic about my prospects of getting someone to listen to me.

The big problem with Superdeterminism is that the few people who know what it is, seem to have never thought about it much, and now they are stuck on the myth that it’s an unscientific “conspiracy theory”. Superdeterminism, so their story goes, is the last resort of the dinosaurs who still believe in hidden variables. According to these arguments, Superdeterminism requires encoding the outcome of every quantum measurement in the initial data of the universe, which is clearly outrageous. Not only that, it deprives humans of free will, which is entirely unacceptable.

If you have followed this blog for some while, you have seen me fending off this crowd that someone once aptly described to me as “Bell’s Apostles”. Bell himself, you see, already disliked Superdeterminism. And the Master cannot err, so it must be me who is erring. Me and ‘t Hooft. And that third person whose name I keep forgetting.

Last time I made my 3-people-joke was in February during a Facebook discussion about the foundations of quantum mechanics. On this occasion, someone offered in response the name “Tim Palmer?” Alas, the only Tim Palmer I’d heard of is a British music producer from whose videos I learned a few things about audio mixing. Seemed like an unlikely match.

But the initial conditions of the universe had a surprise in store for me.

The day of that Facebook comment I was in London for a dinner discussion on Artificial Intelligence. How I came to be invited to this event is a mystery to me. When the email came, I googled the sender, who turned out to be not only the President of the Royal Society of London but also a Nobel Prize winner. Thinking this must be a mistake, I didn’t reply. A few weeks later, I tried to politely decline, pointing out, I paraphrase, that my knowledge about Artificial Intelligence is pretty much exhausted by it being commonly abbreviated AI. In return, however, I was assured no special expertise was expected of me. And so I thought, well, free trip to London, dinner included. Would you have said no?

When I closed my laptop that evening and got on the way to the AI meeting, I was still wondering about the superdeterministic Palmer. Maybe there was a third person after all? The question was still circling in my head when the guy seated next to me introduced himself as... Tim Palmer.

This Tim Palmer, however, talked a lot about clouds, so I filed him under “weather and climate.” Then I updated my priors for British men to be called Tim Palmer. Clearly a more common name than I had anticipated.

But the dinner finished and our group broke up and, as we walked out, the weather-Palmer began talking about free will! You’d think it would have dawned on me then I’d stumbled over the third Superdeterminist. However, I was merely thinking I’d had too much wine. Also, I was now somewhere in London in the middle of the night, alone with a man who wanted to talk to me about free will. I excused myself and left him standing in the street.

But Tim Palmer turned out to not only be a climate physicist with an interest in the foundations of quantum mechanics, he also turned out to be remarkably persistent. He wasn’t remotely deterred by my evident lack of interest. Indeed, I later noticed he had sent me an email already two years earlier. Just that I dumped it unceremoniously in my crackpot folder. Worse, I seem to vaguely recall telling my husband that even the climate people now have ideas for how to revolutionize quantum mechanics, hahaha.

Tim, in return, couldn’t possibly have known I was working on Superdeterminism. In February, I had just been awarded a small grant from the Fetzer Franklin Fund to hire a postdoc to work on the topic, but the details weren’t public information.

Indeed, Tim and I didn’t figure out we have a common interest until I interviewed him on a paper he had written about something entirely different, namely how to quantify the uncertainty of climate models.

I’d rather not quote cranks, so I usually spend some time digging up information about people before interviewing them. That’s when I finally realized Tim’s been writing about Superdeterminism when I was still in high school, long before even ‘t Hooft got into the game. Even more interestingly, he wrote his PhD thesis in the 1970s about general relativity before gracefully deciding that working with Stephen Hawking would not be a good investment of his time (a story you can hear here at 1:12:15). Even I was awed by that amount of foresight.

Tim and I then spent some months accusing each other of not really understanding how Superdeterminism works. In the end, we found we agree on more points than not and wrote a paper to explain what Superdeterminism is and why the objections often raised against it are ill-founded. Today, this paper is on the arXiv.


Thanks to support from the Fetzer Franklin Fund, we are also in the midst of organizing a workshop on Superdeterminism and Retrocausality. So this isn’t the end of the story, it’s the beginning.
Sabine Hossenfelder at 2:12 AM
Share