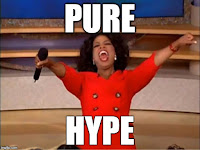 Several people have informed me that phys.org has once again uncritically promoted a questionable paper, in this case by André Maeder from UNIGE. This story goes back to a press release by the author’s home institution and has since been hyped by a variety of other low-quality outlets.

From what I gather from Maeder’s list of publications, he’s an astrophysicist who recently had the idea to revolutionize cosmology by introducing a modification of general relativity. The paper which now makes headlines studies observational consequences of a model he introduced in January and claim to explain away the need for dark matter and dark energy. Both papers contain a lot of fits to data but no consistent theory. Since the man is known in the astrophysics community, however, the papers got published in ApJ, one of the best journals in the field.

For those of you who merely want to know whether you should pay attention to this new variant of modified gravity, the answer is no. The author does not have a consistent theory. The math is wrong.

For those of you who understand the math and want to know what the problem is, here we go.

Maeder introduces a conformal prefactor in front of the metric. You can always do that as an ansatz to solve the equations, so there is nothing modified about this, but also nothing wrong. He then looks at empty de Sitter space, which is conformally flat, and extracts the prefactor from there.

He then uses the same ansatz for the Friedmann Robertson Walker metric (eq 27, 28 in the first paper). Just looking at these equations you see immediately that they are underdetermined if the conformal factor (λ) is a degree of freedom. That’s because the conformal factor can usually be fixed by a gauge condition and be chosen to be constant. That of course would just give back standard cosmology and Maeder doesn’t want that. So he instead assumes that this factor has the same form as in de Sitter space.

Since he doesn’t have a dynamical equation for the extra field, my best guess is that this effectively amounts to choosing a weird time coordinate in standard cosmology. If you don’t want to interpret it as a gauge, then an equation is missing. Either way the claims which follow are wrong. I can’t tell which is the case because the equations themselves just appear from nowhere. Neither of the papers contain a Lagrangian, so it remains unclear what is a degree of freedom and what isn’t. (The model is also of course not scale invariant, so somewhat of a misnomer.)

Maeder later also uses the same de Sitter prefactor for galactic solutions, which makes even less sense. You shouldn’t be surprised that he can fit some observations when you put in the scale of the cosmological constant to galactic models, because we have known this link since the 1980s. If there is something new to learn here, it didn’t become clear to me what.

Maeder’s papers have a remarkable number of observational fits and pretty plots, which I guess is why they got published. He clearly knows his stuff. He also clearly doesn’t know a lot about modifying general relativity. But I do, so let me tell you it’s hard. It’s really hard. There are a thousand ways to screw yourself over with it, and Maeder just discovered the one thousand and first one.

Please stop hyping this paper.
Sabine Hossenfelder at 2:53 AM
Share