Fake news wasn’t hard to predict – But what’s next? 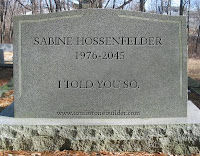 In 2008, I wrote a blogpost which began with a dark vision – a presidential election led astray by fake news.

I’m not much of a prophet, but it wasn’t hard to predict. Journalism, for too long, attempted the impossible: Make people pay for news they don’t want to hear.

It worked, because news providers, by and large, shared an ethical code. Journalists aspired to tell the truth; their passion was unearthing and publicizing facts – especially those that nobody wanted to hear. And as long as the professional community held the power, they controlled access to the press – the device – and kept up the quality.

But the internet made it infinitely easy to produce and distribute news, both correct and incorrect. Fat headlines suddenly became what economists call an “intangible good.” No longer does it rely on a physical resource or a process of manufacture. News now can be created, copied, and shared by anyone, anywhere, with almost zero investment.

By the early 00s, anybody could set up a webpage and produce headlines. From thereon, quality went down. News makes the most profit if it’s cheap and widely shared. Consequently, more and more outlets offer the news people want to read –that’s how the law of supply and demand is supposed to work after all.

What we have seen so far, however, is only the beginning. Here’s what’s up next:
The problem that fake news poses for democratic societies attracted academic interest already a decade ago. Triggered by the sudden dominance of Google as search engine, it entered the literature under the name “Googlearchy.”

Democracy relies on informed decision making. If the electorate doesn’t know what’s real, democratic societies can’t identify good ways to carry out the people’s will. You’d think that couldn’t be in anybody’s interest, but it is – if you can make money from misinformation.

Back then, the main worry focused on search engines as primary information providers. Someone with more prophetic skills might have predicted that social networks would come to play the central role for news distribution, but the root of the problem is the same: Algorithms are designed to deliver news which users like. That optimizes profit, but degrades the quality of news.

Economists of the Chicago School would tell you that this can’t be. People’s behavior reveals what they really want, and any regulation of the free market merely makes the fulfillment of their wants less efficient. If people read fake news, that’s what they want – the math proves it!

But no proof is better than its assumptions, and one central assumption for this conclusion is that people can’t have mutually inconsistent desires. We’re supposed to have factored in long-term consequences of today’s actions, properly future-discounted and risk-assessed. In other words, we’re supposed to know what’s good for us and our children and grand-grand-children and make rational decisions to work towards that goal.

In reality, however, we often want what’s logically impossible. Problem is, a free market, left unattended, caters predominantly to our short-term wants.

On the risk of appearing to be inconsistent, economists are right when they speak of revealed preferences as the tangible conclusion of our internal dialogues. It’s just that economists, being economists, like to forget that people have a second way of revealing preferences – they vote.

We use democratic decision making to ensure the long-term consequences of our actions are consistent with the short-term ones, like putting a price on carbon. One of the major flaws of current economic theory is that it treats the two systems, economic and political, as separate, when really they’re two sides of the same coin. But free markets don’t work without a way to punish forgery, lies, and empty promises.

This is especially important for intangible goods – those which can be reproduced with near-zero effort. Intangible goods, like information, need enforced copyright, or else quality becomes economically unsustainable. Hence, it will take regulation, subsidies, or both to prevent us from tumbling down into the valley of alternative facts.

The main reason why fake news is hard to identify, and why it remains profitable to reproduce what other outlets have already covered, is that journalists – in contrast to scientists – are utterly intransparent about their doings.

As a blogger, I see this happening constantly. I know that many, if not most, science writers closely follow science blogs. And the professional writers frequently report on topics previously covered by bloggers – without doing as much as naming their sources, not to mention referencing them.

This isn’t merely a personal paranoia. I know this because in several instances science writers actually told me that my blogpost about this-or-that has been so very useful. Some even asked me to share links to their articles they wrote based on it. Let that sink in for a moment – they make money from my expertise, don’t give me credits, and think that this is entirely appropriate behavior. And you wonder why fake news is economically profitable?

For a scientist, that’s mindboggling. Our currency is citations. Proper credits is pretty much all we want. Keep the money, but say my name.

I understand that journalists have to protect some sources, so don’t misunderstand me. I don’t mean they have to spill beans about their exclusive secrets. What I mean is simply that a supposed news outlet that merely echoes what’s been reported elsewhere should be required to refer to the earlier article.

Of course this would imply that the vast majority of existing news sites were revealed as copy-cats and lose readers. And of course it isn’t going to happen because nobody’s going to enforce it. If I saw even a remote chance of this happening, I wouldn’t have made the above predictions, would I?

Do you know, for example, which science magazines fact-check their articles? Some do, some don’t. I know for a few because I’ve been border-crossing between scientists and writers for a while. But largely it’s insider knowledge – I think it should be front-page information. Listen, Editor-in-Chief: If you fact-check, tell us.

It isn’t going to stop fake news, but I think a more open journalistic practice and publicly stated adherence to voluntary guidelines could greatly alleviate it. It probably makes you want to puke, but academics are good at a few things and high community standards are one of them. And that is what journalisms need right now.

I know, this isn’t exactly the cozy, shallow, good news that shares well. But it will be a great pleasure when, in ten years, I can say: I told you so.
Sabine Hossenfelder at 11:58 AM
Share