The Unbearable Lightness of Philosophy 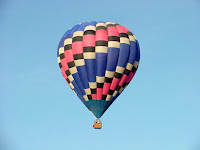 Philosophy isn’t useful for practicing physicists. On that, I am with Steven Weinberg and Lawrence Krauss who have expressed similar opinions. But I think it’s an unfortunate situation because physicists – especially those who work on the foundations of physics – could need help from philosophers.

Massimo Pigliucci, a Prof for Philosophy at CUNY-City College, has ingeniously addressed physicists’ complaints about the uselessness of philosophy by declaring that “the business of philosophy is not to advance science.” Philosophy, hence, isn’t just useless, but it’s useless on purpose. I applaud. At least that means it has a purpose.

But I shouldn’t let Massimo Pigliucci speak for his whole discipline.

I’ve been told for what physics is concerned there are presently three good philosophers roaming Earth: David Albert, Jeremy Butterfield, and Tim Maudlin. It won’t surprise you to hear that I have some issues to pick with each of these gentlemen, but mostly they seem reasonable indeed. I would even like to nominate a fourth Good Philosopher, Steven Weinstein from UoW, with whom even I haven’t yet managed to disagree.

The good Maudlin, for example, had an excellent essay last year on PBS NOVA, in which he argued that “Physics needs Philosophy.” I really liked his argument until he wrote that “Philosophers obsess over subtle ambiguities of language,” which pretty much sums up all that physicists hate about philosophy.

If you want to know “what follows from what,” as Maudlin writes, you have to convert language into mathematics and thereby remove the ambiguities. Unfortunately, philosophers never seem to take that step, hence physicists’ complaints that it’s just words. Or, as Arthur Koestler put it, “the systematic abuse of a terminology specially invented for that purpose.”

Maybe, I admit, it shouldn’t be the philosophers’ job to spell out how to remove the ambiguities in language. Maybe that should already be the job of physicists. But regardless of whom you want to assign the task of reaching across the line, presently little crosses it. Few practicing physicists today care what philosophers do or think.

In a recent piece on Aeon, Pigliucci elaborates on the demarcation problem, how to tell science from pseudoscience. He seems to think this problem is what underlies some physicists’ worries about string theory and the multiverse, worries that were topic of a workshop that both he and I attended last year.

But he got it wrong. While I know lots of physicists critical of string theory for one reason or the other, none of them would go so far to declare it pseudoscience. No, the demarcation problem that physicists worry about isn’t that between science and pseudoscience. It’s that between science and philosophy. It is not without irony that Pigliucci in his essay conflates the two fields. Or maybe the purpose of his essay was an attempt to revive the “string wars,” in which case, wake me when it’s over.

To me, the part of philosophy that is relevant to physics is what I’d like to call “pre-science” – sharpening questions sufficiently so that they can eventually be addressed by scientific means. Maudlin in his above mentioned essay expressed a very similar point of view.

Philosophers in that area are necessarily ahead of scientists. But they also never get the credit for actually answering a question, because for that they’ll first have to hand it over to scientists. Like a psychologist, thus, the philosopher of physics succeeds by eventually making themselves superfluous. It seems a thankless job. There’s a reason I preferred studying physics instead.

Many of the “bad philosophers” are those who aren’t quick enough to notice that a question they are thinking about has been taken over by scientists. That this failure to notice can evidently persist, in some cases, for decades is another institutionalized problem that originates in the lack of communication between both fields.

Hence, I wish there were more philosophers willing to make it their business to advance science and to communicate across the boundaries. Maybe physicists would complain less that philosophy is useless if it wasn’t useless.
Sabine Hossenfelder at 7:54 AM
Share