Dear Dr B: Why not string theory?

[I got this question in reply to my last week’s book review of Why String Theory? by Joseph Conlon.] 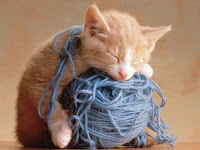 Because we might be wasting time and money and, ultimately, risk that progress stalls entirely.

In contrast to many of my colleagues I do not think that trying to find a quantum theory of gravity is an endeavor purely for the sake of knowledge. Instead, it seems likely to me that finding out what are the quantum properties of space and time will further our understanding of quantum theory in general. And since that theory underlies all modern technology, this is research which bears relevance for applications. Not in ten years and not in 50 years, but maybe in 100 or 500 years.

So far, string theory has scored in two areas. First, it has proved interesting for mathematicians. But I’m not one to easily get floored by pretty theorems – I care about math only to the extent that it’s useful to explain the world. Second, string theory has shown to be useful to push ahead with the lesser understood aspects of quantum field theories. This seems a fruitful avenue and is certainly something to continue. However, this has nothing to do with string theory as a theory of quantum gravity and a unification of the fundamental interactions.

As far as quantum gravity is concerned, string theorist’s main argument seems to be “Well, can you come up with something better?” Then of course if someone answers this question with “Yes” they would never agree that something else might possibly be better. And why would they – there’s no evidence forcing them one way or the other.

I don’t see what one learns from discussing which theory is “better” based on philosophical or aesthetic criteria. That’s why I decided to stay out of this and instead work on quantum gravity phenomenology. As far as testability is concerned all existing approaches to quantum gravity do equally badly, and so I’m equally unconvinced by all of them. It is somewhat of a mystery to me why string theory has become so dominant.

String theorists are very proud of having a microcanonical explanation for the black hole entropy. But we don’t know whether that’s actually a correct description of nature, since nobody has ever seen a black hole evaporate. In fact one could read the firewall problem as a demonstration that indeed this cannot be a correct description of nature. Therefore, this calculation leaves me utterly unimpressed.

But let me be clear here. Nobody (at least nobody whose opinion matters) says that string theory is a research program that should just be discontinued. The question is instead one of balance – does the promise justify the amount of funding spend on it? And the answer to this question is almost certainly no.

The reason is that academia is currently organized so that it invites communal reinforcement, prevents researchers from leaving fields whose promise is dwindling, and supports a rich-get-richer trend. That institutional assessments use the quantity of papers and citation counts as a proxy for quality creates a bonus for fields in which papers can be cranked out quickly. Hence it isn’t surprising that an area whose mathematics its own practitioners frequently describe as “rich” would flourish. What does mathematical “richness” tell us about the use of a theory in the description of nature? I am not aware of any known relation.

In his book Why String Theory?, Conlon tells the history of the discipline from a string theorist’s perspective. As a counterpoint, let me tell you how a cynical outsider might tell this story:

String theory was originally conceived as a theory of the strong nuclear force, but it was soon discovered that quantum chromodynamics was more up to the task. After noting that string theory contains a particle that could be identified as the graviton, it was reconsidered as a theory of quantum gravity.

It turned out however that string theory only makes sense in a 25-dimensional space. To make that compatible with observations, 22 of the dimensions were moved out of sight by rolling them up (compactifying) them to a radius so small they couldn’t be observationally probed.

Next it was noted that the theory also needs supersymmetry. This brings down the number of space dimensions to 9, but also brings a new problem: The world, unfortunately, doesn’t seem to be supersymmetric. Hence, it was postulated that supersymmetry is broken at an energy scale so high we wouldn’t see the symmetry. Even with that problem fixed, however, it was quickly noticed that moving the superpartners out of direct reach would still induce flavor changing neutral currents that, among other things, would lead to proton decay and so be in conflict with observation. Thus, theorists invented R-parity to fix that problem.

The next problem that appeared was that the cosmological constant turned out to be positive instead of zero or negative. While a negative cosmological constant would have been easy to accommodate, string theorists didn’t know what to do with a positive one. But it only took some years to come up with an idea to make that happen too.

String theory was hoped to be a unique completion of the standard model including general relativity. Instead it slowly became clear that there is a huge number of different ways to get rid of the additional dimensions, each of which leads to a different theory at low energies. String theorists are now trying to deal with that problem by inventing some probability measure according to which the standard model is at least a probable occurrence in string theory.

String theorists of course deny that they are influenced by anything but objective assessment. One noteworthy exception is Joe Polchinski who has considered that social effects play a role, but just came to the conclusion that they aren’t relevant. I think it speaks for his intellectual sincerity that he at least considered it.

At the Munich workshop last December, David Gross (in an exchange with Carlo Rovelli) explained that funding decisions have no influence on whether theoretical physicists chose to work in one field or the other. Well, that’s easy to say if you’re a Nobel Prize winner.

Conlon in his book provides “evidence” that social bias plays no role by explaining that there was only one string theorist in a panel that (positively) evaluated one of his grants. To begin with anecdotes can’t replace data and there is ample evidence that social biases are common human traits, so by default scientists should be susceptible. But even considering his anecdote, I’m not sure why Conlon thinks leaving decisions to non-experts limits bias. My expectation would be that it amplifies bias because it requires drawing on simplified criteria, like the number of papers published and how often they’ve been cited. And what does that depend on? Depends on how many people there are in the field and how many peers favorably reviewed papers on the topic of your work.

I am listing these examples to demonstrate that it is quite common of theoretical physicists (not string theorists in particular) to dismiss the mere possibility that social dynamics influences research decisions.

How large a role play social dynamics and cognitive biases, and how much do they slow down progress on the foundations of physics? I can’t tell you. But even though I can’t tell you how much faster progress could be, I am sure it’s slowed down. I can tell that in the same way that I can tell you diesel in Germany is sold under market value even though I don’t know the market value. I know that because it’s subsidized. And in the same way I can tell that string theory is overpopulated and its promise is overestimated because it’s an idea that benefits from biases which humans demonstrably possess. But I can’t tell you what its real value would be.

The reproduction crisis in the life-sciences and psychology has spurred a debate for better measures of statistical significance. Experimentalists go to length to put into place all kinds of standardized procedures to not draw the wrong conclusions from what their apparatuses measures. In theory development, we have our own crisis, but nobody talks about it. The apparatuses that we use are our own brains and biases we should guard against are cognitive and social biases, communal reinforcement, sunk cost fallacy, wishful thinking and status-quo bias, for just to mention the most common ones. These however are presently entirely unaccounted for. Is this the reason why string theory has gathered so many followers?

Some days I side with Polchinski and Gross and don’t think it makes that much of a difference. It really is an interesting topic and it’s promising. On other days I think we’ve wasted 30 years studying bizarre aspects of a theory that doesn’t bring us any closer to understanding quantum gravity, and it’s nothing but an empty bubble of disappointed expectations. Most days I have to admit I just don’t know.

Why not string theory? Because enough is enough.

Thanks for an interesting question.
Sabine Hossenfelder at 7:25 AM
Share