Free will is dead, let’s bury it. 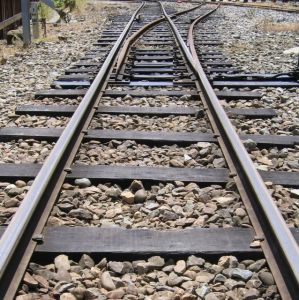 I wish people would stop insisting they have free will. It’s terribly annoying. Insisting that free will exists is bad science, like insisting that horoscopes tell you something about the future – it’s not compatible with our knowledge about nature.

According to our best present understanding of the fundamental laws of nature, everything that happens in our universe is due to only four different forces: gravity, electromagnetism, and the strong and weak nuclear force. These forces have been extremely well studied, and they don’t leave any room for free will.

In neither case do you have free will in any meaningful way.

These are the only two options, and all other elaborations on the matter are just verbose distractions. It doesn’t matter if you start talking about chaos (which is deterministic), top-down causation (which doesn’t exist), or insist that we don’t know how consciousness really works (true but irrelevant). It doesn’t change a thing about this very basic observation: there isn’t any known law of nature that lets you meaningfully speak of “free will”.

If you don’t want to believe that, I challenge you to write down any equation for any system that allows for something one could reasonably call free will. You will almost certainly fail. The only thing really you can do to hold on to free will is to wave hands, yell “magic”, and insist that there are systems which are exempt from the laws of nature. And these systems somehow have something to do with human brains.

The only known example for a law that is neither deterministic nor random comes from myself. But it’s a baroque construct meant as proof in principle, not a realistic model that I would know how to combine with the four fundamental interactions. As an aside: The paper was rejected by several journals. Not because anyone found anything wrong with it. No, the philosophy journals complained that it was too much physics, and the physics journals complained that it was too much philosophy. And you wonder why there isn’t much interaction between the two fields.

After plain denial, the somewhat more enlightened way to insist on free will is to redefine what it means. You might settle for example on speaking of free will as long as your actions cannot be predicted by anybody, possibly not even by yourself. Clearly, it is presently impossible to make such a prediction. It remains to be seen whether it will remain impossible, but right now it’s a reasonable hope. If that’s what you want to call free will, go ahead, but better not ask yourself what determined your actions.

A popular justification for this type of free will is insisting that on comparably large scales, like those between molecules responsible for chemical interactions in your brain, there are smaller components which may have a remaining influence. If you don’t keep track of these smaller components, the behavior of the larger components might not be predictable. You can then say “free will is emergent” because of “higher level indeterminism”. It’s like saying if I give you a robot and I don’t tell you what’s in the robot, then you can’t predict what the robot will do, consequently it must have free will. I haven’t managed to bring up sufficient amounts of intellectual dishonesty to buy this argument.

But really you don’t have to bother with the details of these arguments, you just have to keep in mind that “indeterminism” doesn’t mean “free will”. Indeterminism just means there’s some element of randomness, either because that’s fundamental or because you have willfully ignored information on short distances. But there is still either no “freedom” or no “will”. Just try it. Try to write down one equation that does it. Just try it.

I have written about this a few times before and according to the statistics these are some of the most-read pieces on my blog. Following these posts, I have also received a lot of emails by readers who seem seriously troubled by the claim that our best present knowledge about the laws of nature doesn’t allow for the existence of free will. To ease your existential worries, let me therefore spell out clearly what this means and doesn’t mean.

It doesn’t mean that you are not making decisions or are not making choices. Free will or not, you have to do the thinking to arrive at a conclusion, the answer to which you previously didn’t know. Absence of free will doesn’t mean either that you are somehow forced to do something you didn’t want to do. There isn’t anything external imposing on you. You are whatever makes the decisions. Besides this, if you don’t have free will you’ve never had it, and if this hasn’t bothered you before, why start worrying now?

This conclusion that free will doesn’t exist is so obvious that I can’t help but wonder why it isn’t widely accepted. The reason, I am afraid, is not scientific but political. Denying free will is considered politically incorrect because of a wide-spread myth that free will skepticism erodes the foundation of human civilization.

For example, a 2014 article in Scientific American addressed the question “What Happens To A Society That Does not Believe in Free Will?” The piece is written by Azim F. Shariff, a Professor for Psychology, and Kathleen D. Vohs, a Professor of Excellence in Marketing (whatever that might mean).

In their essay, the authors argue that free will skepticism is dangerous: “[W]e see signs that a lack of belief in free will may end up tearing social organization apart,” they write. “[S]kepticism about free will erodes ethical behavior,” and “diminished belief in free will also seems to release urges to harm others.” And if that wasn’t scary enough already, they conclude that only the “belief in free will restrains people from engaging in the kind of wrongdoing that could unravel an ordered society.”

To begin with I find it highly problematic to suggest that the answers to some scientific questions should be taboo because they might be upsetting. They don’t explicitly say this, but the message the article send is pretty clear: If you do as much as suggest that free will doesn’t exist you are encouraging people to harm others. So please read on before you grab the axe.

The conclusion that the authors draw is highly flawed. These psychology studies always work the same. The study participants are engaged in some activity in which they receive information, either verbally or in writing, that free will doesn’t exist or is at least limited. After this, their likeliness to conduct “wrongdoing” is tested and compared to a control group. But the information the participants receive is highly misleading. It does not prime them to think they don’t have free will, it instead primes them to think that they are not responsible for their actions. Which is an entirely different thing.

Even if you don’t have free will, you are of course responsible for your actions because “you” – that mass of neurons – are making, possibly bad, decisions. If the outcome of your thinking is socially undesirable because it puts other people at risk, those other people will try to prevent you from more wrongdoing. They will either try to fix you or lock you up. In other words, you will be held responsible. Nothing of this has anything to do with free will. It’s merely a matter of finding a solution to a problem.

The reason I am hitting on the free will issue is not that I want to collapse civilization, but that I am afraid the politically correct belief in free will hinders progress on the foundations of physics. Free will of the experimentalist is a relevant ingredient in the interpretation of quantum mechanics. Without free will, Bell’s theorem doesn’t hold, and all we have learned from it goes out the window.

This option of giving up free will in quantum mechanics goes under the name “superdeterminism” and is exceedingly unpopular. There seem to be but three people on the planet who work on this, ‘t Hooft, me, and a third person of whom I only learned from George Musser’s recent book (and whose name I’ve since forgotten). Chances are the three of us wouldn’t even agree on what we mean. It is highly probable we are missing something really important here, something that could very well be the basis of future technologies.

Who cares, you might think, buying into the collapse of the wave-function seems a small price to pay compared to the collapse of civilization. On that matter though, I side with Socrates “The unexamined life is not worth living.”
Sabine Hossenfelder at 4:05 AM
Share

New comments are not allowed.